This VU brand seems to be growing quick in the Indian tv market, delivering Television Entertainment to several customers with attractive/affordable pricing. There are many good reviews available on online shopping websites like Flipkart, Amazon was written by the consumers who have purchased it. VU Review —
People used to ask; is VU TV good to buy? Which is the best VU TV? Is VU Smart TV good? Is Android TV a VU? And so on...

But on the other hand, there are lots of poor, bad reviews and serious complaints listed as well. Few are about making the delay in the installation or getting bad support in resolving the product issues. I have seen these kinds of issues which stop many people from purchasing the brand like VU tv. Rightly so I believe too.

After all its all about the money and the performance. Everyone should be so serious as because you are paying a high amount of money and so expecting to give sufficient performance.

Check out why you should think twice before buying VU TV or why you may ignore such a brand while purchasing your new TV.
Ref.:- Purchased Vu Official Android 109cm (43 inches) Ultra HD (4K) LED
Smart TV Model No. 43SU128 on 24th November 2018 from Flipkart and seller was Consulting Rooms Private Limited.

The unexpected experience (Very Poor Support from VU TV Team) is being faced from December 2018. The first Complaint was raised for TV Auto Switch off around three months back in December 2018. Since then struggling to solve the issues with concerned team members. On each occasion of their visit, VU Team members they have set the TV to 'Factory Reset' and some minor changes in settings were done by them. Again after a few days, facing the same issue. Again it was required to do the same exercises with the VU team for resolving the said issue. After the continuous efforts, they agreed to replace the TV.

Now comes a new chapter of replacement of VU branded TV. When a delivery man comes to home for the replacement, the box which was looking different from the current TV’s box, after enquired about the same and they told that replacement units are kept in a brown box and the new unit comes in a different box. After agreeing with their feedback and let them un-box the TV.

After seeing replacement and TV Remote asked, the delivery person said that this TV is not matching with the current TV model due to awareness regarding VU TV Model (current TV Model No. 43SU128). As Replacement came to Home with an older version of TV i.e. 43SU128_V1, I rejected the same as the current TV model is 43SU128 and not matching with the new 43SU128_V1 model. At that time when contacted with Mr. Haresh More (Mumbai Head for Service and Replacement) through delivery person’s mobile and told and informed them about the current model and new sent replacement TV Model. Again after continuous follow-up and have told him about replacement issue faced, he told me within 3 to 4 working days the new replacement will be carried out.

Now again on 29th March 2019, got a delivery man’s call and they came to my home for replacement. Checked with them whether last times mistake would not be repeated today. They told, “we don’t know sir we have received your parcel and we brought the same to your home (We do not know the model Number which is inside the Box)”. After opening the box it came to know that the same mistake is repeated today also.

The mistake was with the model and its accessory. Again when spoke to Mr. Haresh More (Mumbai Head for Service and Replacement) again and made him understand that my TV model and its accessory and the replacement TV Model’s accessory are not matching. And also asked about VU TV Model 43SU128 has any other series or not? He replied the 43SU128 model has only two variant (1) 43SU128 and (2) 43SU128_V1. After informing him that the same mistake is occurring for the second time how this can happen the second time. Do you have taken some efforts to check, which model is sent for replacement at customer’s place? He told now he will check and send the correct model which you have at your home. So again when asked whether you will open the box and see or what; he told 'yes I will open the box and see the model and its accessory and then again pack it for dispatch'.

Here the question of the refurbished unit came to the mind and also asked about the same. He said no we do not do that. I asked how we can come to know that you do it or not. So after a long call with him, he concludes that he will not give any further chance to repeat the same mistake and as demanded the refund against the damaged VU TV unit product as they got many opportunities to rectify the issue. He told refund is not possible so higher authorities communication requested with the contact details so that the problem can easily escalate the issue with them, so please share the details for which he refused and told he is the only head manager for replacement. Again the new has been refused to accept the replacement and returned the replacement delivery.

Now the question comes in everyone's mind on replacement approval and its process and the brand like VU Team’s efficient working style. The main question is whether that they giving the refurbished Model and the customers do not come to know for the same as they tell that the replacement unit comes in different packing and original model is coming in different packing.

Such a situation happened on the above issue faced by any of the customers should not be faced by any other one. So, approaching the Consumer Court for the same and demanding a refund of the money and compensation for harassment faced from Company. And like me, you also make sure to do some eye-opening activity for anyone who stuck and faced such problems especially on social media sites including Facebook, Instagram, Tweeter, and Youtube too for the customer's benefit. 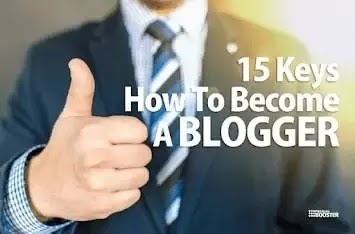 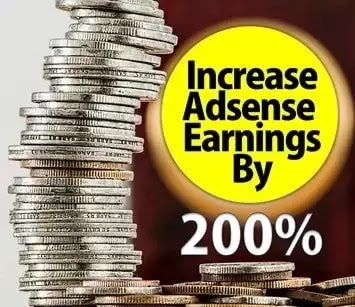